National HIV/AIDs and Aging Awareness Day is September 18 and is one of fourteen nationally declared awareness days for HIV/AIDs. MCMS thanks physician member and past president Carolyn B. O’Conor, M.D. for sharing her perspective on this important topic of public health concern and patient care. 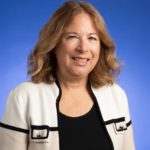 I was a newly-minted third year medical student on the wards at the UCLA Medical Center in the fall of 1981 when a new disease was stalking the community. The first report had appeared in the MMWR on June 5, 1981, describing Pneumocystis carnii pneumonia (PCP) in five previously healthy young men in Los Angeles. When I did my medicine rotation later that year, we had similar young men on our service. No one had discovered the responsible agent nor how it was transmitted. In light of that, we would round on the patients in full PPE including gowns, gloves, masks, hats, and booties.

Keep in mind I had taken my second year Microbiology and Immunology course just the year before. At that time PCP was a rare condition seen only in immunocompromised people. If it appeared on a med school exam at all, the only two facts one had to know would be that it could occur in that population and the diagnosis was made on bronchoscopy.

Needless to say, the landscape changed and the diagnosis became a clinical one. No longer was the bronchoscope needed because the patients were appearing in droves. The typical picture was mostly gay men with cough, fever, non-specific findings on chest x-ray and hypoxemia out of proportion to their level of dyspnea.

Other infections we had rarely seen previously became common such Mycobacterium avium intracellulare (now Mycobacterium avium complex), toxoplasmosis, coccidiomycosis, cryptococcus, and the list goes on. It was an infectious diseases seminar with a single overarching cause. Some patients presented with Kaposi’s sarcoma, a disease mostly found in the past in older Jewish men. The typical purple lesions were terrifying to see because of what they signified-death was stalking that patient.

At first, the disease was known in the popular press as GRID (gay-related immune deficiency). As students fond of mnemonic devices we memorized the list of risk factors as the 4Hs: homosexuals, heroin-users, Haitians, and hemophiliacs.

Advances were made and the virus was identified the year I graduated in 1983. During my family medicine residency, I can remember when the blood supply was finally being screened for HIV in my second year in 1985. The previous month a patient of mine had a postpartum hemorrhage requiring transfusion. I remember the sick feeling I had that left me hoping and praying the blood she had received was free of HIV.

As years went by, we saw the activists of ACT UP demand compassionate use of investigational antiretroviral drugs. Dr. Fauci became a familiar figure (although who knew to what heights his fame would rise in 2020!) I can remember the AIDS quilt coming to DC. My family and I visited it on the Ellipse in front of the White House. By then, in the 1990s, it covered acres and eventually became too enormous to travel. It was a gut-wrenching symbol of so many lives lost.

Fast forward to 2016 when I had a surprising case in my clinic. A man presented with cough and fever. He had thought he had bronchitis and someone had given him a Zpack. As I dug deeper, I discovered he had unexplained weight loss over the previous two months and was being treated for thrush. His husband was known to be HIV positive but had had a zero viral load for several years. My patient said he had not had an HIV test for six or seven years.

It was with a sinking feeling that I ordered a chest x-ray and an HIV test. I suspected pneumocystis pneumonia and realized I was seeing my first full-blown AIDS patient in many years. (Along the way Pneumocystis carnii got its name changed to Pneumocystic jirovecii). He was hospitalized, treated successfully for the pneumonia, and was on pneumocystis prophylaxis until the antiretroviral regimen he was on brought his CD4 count up. Today he is doing very well and continues to have a zero viral load under the care of his Infectious Disease doctor, one of our wonderful MCMS society members.

On the international front things have not been as consistently hopeful. Just a few years ago I saw a newborn on the mother baby unit at Shady Grove whose mother was from Africa and was HIV positive. I prescribed zidovudine (AZT) for the baby on discharge to prevent HIV. I can remember its release as the first widely used HIV drug. I further remember the joy of learning it could be effective in preventing babies of HIV-positive mothers from being infected with HIV.

Still, the scourge ravages parts of our world. Drugs have been too expensive and distribution uneven. Too many lives continue to be lost unnecessarily.

I believe (and hope) that my 2016 patient will be the last AIDS patient I will see in my career. Even when I recognized his diagnosis, I did not feel hopeless. I believed his treatment would work. Since then, I have had the thrill of prescribing HIV prophylaxis known as PrEP. At last, a way to prevent HIV/AIDS, the horrible disease I have watched throughout my professional life as have all of us who were trained in that era.

The holy grail of HIV prevention would be an effective vaccine. That continues to elude us but some of the HIV vaccine research paved the way for the rapid development of the Covid-19 vaccines we are using today. Perhaps we have reason to hope that the advances we have witnessed in the past year and a half will one day contribute to that achievement.

Resources for Your Practice

Access Centers for Disease Control and Prevention (CDC) print and digital HIV screening, treatment, and prevention materials to order or download by visiting CDC’s HIV Nexus, a new, comprehensive website for clinicians. HIV Nexus is an enhanced site that provides the latest scientific evidence, guidelines, and resources on:

This website uses cookies to improve your experience while you navigate through the website. Out of these, the cookies that are categorized as necessary are stored on your browser as they are essential for the working of basic functionalities of the website. We also use third-party cookies that help us analyze and understand how you use this website. These cookies will be stored in your browser only with your consent. You also have the option to opt-out of these cookies. But opting out of some of these cookies may affect your browsing experience.
Necessary Always Enabled
Necessary cookies are absolutely essential for the website to function properly. This category only includes cookies that ensures basic functionalities and security features of the website. These cookies do not store any personal information.
Non-necessary
Any cookies that may not be particularly necessary for the website to function and is used specifically to collect user personal data via analytics, ads, other embedded contents are termed as non-necessary cookies. It is mandatory to procure user consent prior to running these cookies on your website.
SAVE & ACCEPT
Top